Thanks to everyone who tried the last demo/feedback build!!!!

Back in the oven it goes!

Quick Rundown / explanation of some mechanics:

where is the download or is it not there?

There is none yet, next demo coming soon(ish) on Steam. Follow my twitter if you want to keep up to date!

Is this game going to be on Steam?

Awesome game! Movement and shooting are on the tips of the fingers, visual style, enemies variety, arena geometry — everything is very satisfying. I especially loved the traversal across the level. The gameplay is fast paced just to the right degree yet pretty tactical.

I still think there are things to improve.

The movement is sooo pleasant! I wonder, what if you make one step further? Maybe add dash, wall jump or dive? ))

Thanks a bunch for the lovely comment! There's a lot of great feeback here, and a lot of things that have been bothering me as well. It's important to keep in mind though that endless mode is not the core game mode, so I need to be careful not to make everything work perfectly for endless, only to find more issues in the campaign mode as a result. Still, everything you mention I definitely agree with and I've been tinkering on solutions for some of the issues. Multiplayer would be an absolute dream but from what little I know about network code I can already see that it would be an insane amount of work, so it's unlikely to ever happen sadly. Funny you mention dashing, it's something I'm exploring at the moment after seeing how brilliantly it works in Doom eternal :o)

Thanks again and I hope you check out the eventual 'real' demo release!

Game feels good and has potential. Will it be possible to adjust the slow-mo sensitivity? I use low sensitivity and only get 10 degrees of movement with a full mouse pad (16 inch). Initially was hoping for no change in slow mo. After reading your comment, it makes sense to have it. Not sure if there is a solution for me other than increasing my sens.

Small things that you may already be aware of... music would really add intensity, sometimes unclear if I hit enemy, level seems a bit big and open for this game mode, grunts every jump felt excessive and distracting (the last two comments weren't an issue once I played on the harder difficulties)

Hey there! Thanks for the feedback. The slowmo effect on mouse sensitivity is definitely something I'm looking at more closely after many people pointed out issues with it. So there will most likely be an option to set a mouse sensitivity minimum for slowmo, to avoid players with naturally low setting to have their mouse practically locked.

Can you make a 32 bit version please? Thanks.

I wouldn't know how. Will look into it though!

This one is BADASS! I really enjoyed playing Cosmic Dawn, considering this is just and Alpha Build I gotta admit that Cosmic Dawn has a great future ahead. Keep updating this one, 'cause I LOVED IT!! I even added my own soundtrack.. Check it out!

Hey, that's awesome. Thanks for checking it out and enjoying it! Definitely still lots coming ;)

Aight, this game is lit. movements nice and smooth, you can ZOOM by Bhopping. Weapons sound and feel MEATY like they should in these games.

Can't wait to see more of it.

Thanks! I appreciate it !!

Damn! I love this game already! Keep up the good work man!

Everything about this screams old school and I love it. Good job!

:) thanks a whole bunch!

This is a lot of fun! The visual style is A+ and your cast of enemies is varied and exciting. I'm looking forward to seeing how this continues to develop. My biggest gripe right now is not being able to switch weapons with the scroll wheel, but that's an easy fix. I'll be keeping an eye on this one!

Thanks so much! Good point about the mouse wheel weaponswitch, been on my to do list for a while.

This is coming along nicely. The visual style is the strongest part of the presentation right now (the visual damage indication on the floating squid guys is a nice touch). A few notes:

Thanks for checking it out and for your thoughts on it! You should have been able to change mouse sensitivity during the game in the escape menu. The slowmo affecting the mouseview is definitely intentional. It feels nicer and more consistant (atlaest to me), and makes for tricky shots to be more rewarding since you need to have the mouse relatively close to the target before turning slowmo on. Making the perfect shot during slowmo would be too easy otherwise. I feel you regarding the double jump, definitely share your sentiment. I'm trying a bunch of stuff atm to see if I can reconcile the different behaviors I want for it in a good way. It's tricky :0

Pretty good. Definitely plays a lot better than it seems to from videos. The movement feels a bit odd but that might just be a me thing. However I feel like the guns were way too slow considering how many enemies you fight and how most of them take multiple hits to kill. Whenever I got the fast fire powerup the rate of fire and general damage output felt a lot better.

Wow I'm a little star struck right now, thanks so much for checking it out! Movement is very much wip, still need to finetune that a lot. Enemy hitpoints too (everything else too actually lol). I hope Ultrakill is coming along well, I'm sure it'll be amazing (one of the few games I'm excited for nowadays)

My head hurt a little afterwards, but it's because I didn't realize I was gritting my teeth the entire time until it was over. Awesome game, can't wait to see what future updates bring.

Thanks a bunch for that motivation :o) !

Tip - do not use default Unity Screenshake effect for gun recoil - the camera should simply go up and spring back to position not just shake in all directions - this effect is only suitable for earthquakes or standing close to an explosion for example.

I hope that wave based arena gameplay is just for alpha testing and the game will have proper levels. I don't mind a horde mode survival mode as a bonus but these get really old if that's all what the game is.

Thanks for checking it out! You're right about the screenshake, that's definitely on the to-do list. The game will absolutely focus on the campaign and story mode. The survival game mode is just perfect for playtesting and help me during development.

I do hope that eventually streamers find the game and start competing and chasing eachothers highscores in endlessmode.. that would be so cool!

Reply
iwanPlays2 years ago
quite nostalgic :)
Reply
Mat2 years ago

Thanks a buch for this! Was a whole lot of fun to watch and gave me some superb feedback!

Awesome  , thanks for checking it out! 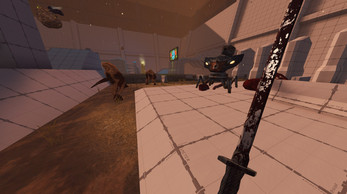 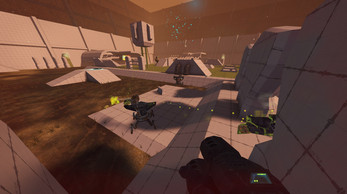 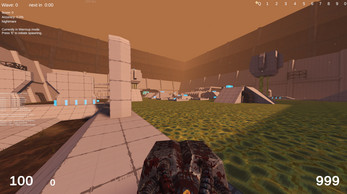 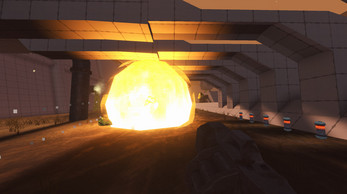